When we considered adoption, one of our main priorities was making sure that Big Bear was going to be ok with the whole thing. He had been on his own for 6 years, getting our undivided attention. We knew that getting a brother or sister was going to be a HUGE change for him and as such we would need to ensure that he still felt secure and loved. From the onset we planned to have Special Time with him each day, as well as various other tweaks. We hoped that as he was getting a younger sibling, we would be able to stagger bedtimes and Big Bear would get some quality time once the new arrival was asleep. Luckily this did pan out as planned and Little Bear is frequently asleep before 7pm, sometimes at 6:30pm.

If Grizzly is at work, I settle Little Bear then come down and have Special Time with Big Bear.

Towards the end of last term I began to realise that all we ever did in Special Time was snuggle up on the sofa and watch TV. Whilst this is lovely and something we definitely should do sometimes, I began to think we were slightly missing the point of Special Time. We weren’t chatting and we certainly weren’t doing anything constructive. Somehow, out of that thought, the idea of Big Bear’s Mini Projects was born. Why not try making something or doing a small task together in Special Time instead? Always keen to get Big Bear off his I Pad and doing something more “wholesome” I was getting quite excited about this. I was also keen to use the hundreds of kits, pens, craft items etc. that we had accumulated over time and that neither bear ever chooses to get out when they have the chance (too busy being boisterous).

I floated the idea with Big Bear and he seemed keen. We agreed to do a mini project each night of the summer holidays. I tweeted about it and @NowWeAreSix suggested I do a picture blog about it at the end of the summer. So here we are:

We have used Blo Pens, stencils, colour changing pens, Spirograph, scratch foil, sequins, mosaics and good old colouring in. We have also discovered Hama beads which we hadn’t tried before (although ours were actually a Matalan version) and found them pretty addictive. 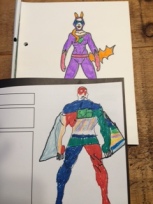 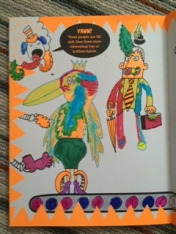 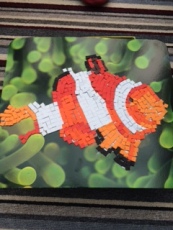 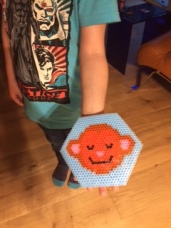 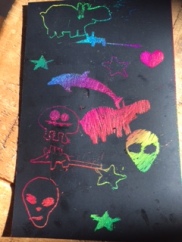 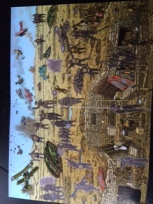 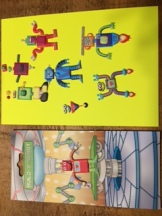 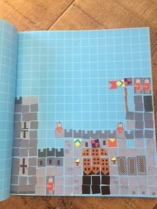 Big Bear had his 7th birthday at the start of the holidays and was given a very large Star Wars set. We broke it down into about 6 or 7 mini projects so it kept us busy for about a week in the end! We have also built some of our own designs and Big Bear has got quite into creating flags. 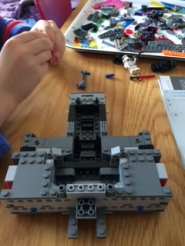 We have built cars, a mobile solar system, pom-pom animals, pipe cleaner animals, a wooden aeroplane and tried Origami. It’s hard! We managed some light sabres but need to brave something more complex. 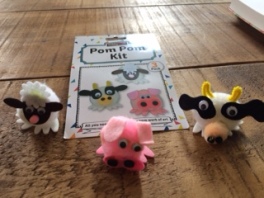 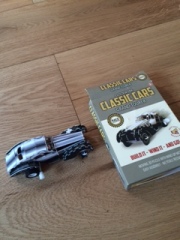 Big Bear helped Grizzly to spray paint his model car and we played the game Minotaurus.

I’ve had a lovely time doing Big Bear’s Mini Projects and it has definitely felt like a more productive use of Special Time. The fact that we can chat while we’re making/ doing/ creating is a big plus. I think Big Bear likes it too because now he’s back at school he’s still asking to do a project some nights. He’s tired so the TV is creeping back in again but even if we save mini projects for the weekend and holidays it will certainly be better than not doing them at all.

Do you have any suggestions for us?